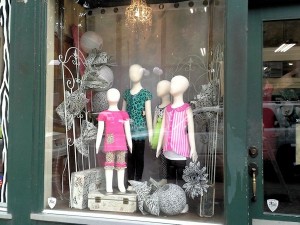 Six months and they grow out of these fashion statements…

Visiting renaissance fairs in Texas and Oklahoma recently, I’ve seen girls up to about the age of 12 dressed in full commercially produced princess costumes. It’s a little out of place, but it was the older girls asking for (and usually receiving) special treatment from busy fair workers that shocked me. I remember girls going through limited princess phases in the 1950’s and 1960’s (where you would only wear a princess costume out in public at Halloween or Mardi Gras up until you were about 7 years old, if you were hard core). But now there are older girls (12 years old up) and even adults who aspire (and heavily spend) to be princesses.

It’s not original of me to lay major blame on Disney and their concerted campaign to sell the princess ideal and products to young girls. I do know that by the 1990’s this campaign was well underway. I remember a 3 year old girl then that was seriously obsessed with watching their Little Mermaid film; it turns out her parents were divorcing and I think she was trying desperately cling to the fairy tale. Unfortunately, her life was not the fairy tale as she reached adulthood. The princess campaign is worse these days – now you can spend upwards of $200 at  Walt Disney World © in a salon to dress your ‘princess’, as opposed to the $15.95 (plus tax) Knight package for a boy.  (A fashion spending disparity between males and females that corporations promote into adulthood, in my experience.)

Fairy tale? It’s interesting that relatively modern folk tales are used in Disney movies, and they have chosen (or revised) stories where women are basically helpless. That’s because the version of the stories used additionally include rape and violence. (See –  The REAL Stories Behind These Disney Movies Will Ruin Your Childhood.) 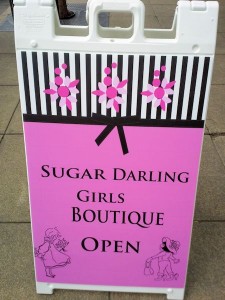 Hmm- spend here, or put money away for her college?

Writer Peggy Orenstein writes about ‘Disney princess culture’, and reports on how their decision to heavily market princesses has brought Disney more than $4 billion in sales. Ms. Orenstein points out that a big part of parenting is protecting your child from marketers. (See – Is Disney Princess Culture Bad for Our Daughters?) She and others note that providing girls and boys with more positive role models is key. (See – The Little Princess Syndrome: When Our Daughters Act Out Fairy tales.) The article Helping Kids Manage Their Media in Natural Life Magazine has good tips that were used by my parents in the 1960’s-70’s (before that we didn’t have TV or other media that was an issue).

I agree that the princess ideal is limiting and detrimental. I can’t  think of one ‘princess behavior’ that I have used as an adult.  I have seen some women act entitled, bitchy, pouting, and sexy for men (not for themselves), and it usually doesn’t end well for them. I believe young girls (and boys) are thirsting for real role models and skills.

Give your children real life skills. Girls can be trained in martial arts as well as boys, and the reality is they will likely need self protection sometime in their lifetimes. (It’s really satisfying to see a girl teach and outshine a larger, older boy in Taekwondo, I can tell you. Dance is great for guys too.) Consider ‘masculine’ musical instruments lessons (cellist here), forensics/debate in middle school and high school, basic mechanics and tool use, building toys (Legos, Lincoln Logs, erector sets, and the like), and body appropriate female action hero toys for girls. Teach your daughters to like and use math, and go camping and teach them about the natural world. Let them know they can learn as much as they want, work (or not), and control their future.

Now as Pagans (or just independent, thinking adults), what other role models should parents be exposing their children to in an effort to balance out the corporate advertising princess blitz? You could start off by reading them the original Grimm’s Cinderella tale, noting the symbolism of pigeons/doves and hazel trees and how they highlight the folly of greed and concern only for looks. For an informed take on the original pre-Christian origins of Snow White see Snow White, the Goddess: an Interview with Christian Brunner. Hmm- Goddess or princess, which one is more empowered? If your daughter is approaching her teens and wishes she could be a model have her watch the Cameron Russell: Looks aren’t everything. Believe me, I’m a model (a TED video) now.  (You can also see this video at the end of this article).

We have many Pagan and historical women to use as role models for girls. Here is a list of some books I looked up that should give ideas on other resources. The books are in no particular order, except that the first 3 are good for young children. The books with a star (*) after the title are ones that I know and grew up with:

Child’s Book of Myths and Enchantment by Margaret Evans Price*

The Song of Boudica (Hopscotch Histories)

Amazons! Women Warriors of the World, by Sally Pomme Clayton

The Book of Goddesses: A Celebration of the Divine Feminine by Kris Waldherr (Author, Illustrator)

Girls Who Grew Up Great: A Book of Encouragement for Girls about Amazing Women Who Dared to Dream by Gwendolyn Gray

And here are some general online resources:

Myths, BBC Wales – animated tales based on the myths of Merlin.

As Pagans, we talk a lot about not letting the negative aspects of the dominant culture influence our spiritual practice – let’s not turn a blind eye to how we support our children when that culture wants to mold them to it’s image for profit.  Let your daughter wear pink and be a princess if she wants, as long as it is an informed and empowered princess/queen/explorer/poet. I want to see more sword-wielding goth fairy princesses and superhero girls out there.

Cameron Russell: Looks aren’t everything. Believe me, I’m a model

Cinderella, Jacob and Wilhelm Grimm (2011). Retrieved from the University of Pittsburg website at http://www.pitt.edu/~dash/grimm021.html

Is Disney Princess Culture Bad for Our Daughters? (n.d.)  Retrieved from http://www.makeitbetter.net/family/parenting/2423-is-disney-princess-culture-bad-for-our-daughters