I’ve seen many Pagans or Druids express a sense of isolation on their spiritual path, especially those of us living in areas without local groups. However, I think this is part of a larger issue. Isolation is often consciously used as a deterrent or punishment in our society. (Just look at our jails, or cliques in school). Even when you have the support of your minority religious community, family and friends may try to paint you as isolationist and disturbed- so actually doing their best to make you feel that way. They will likely not be aware they are being bullies doing this- it’s just such a common and unfortunate cultural practice.

The use of isolation in our culture is so strong, anything that removes it as a tool is suspect. I believe this is why some people in mainstream society feel so threatened by the internet and computer networking, as it allows members of minority groups to find each other. Small organizations that floundered in decades past are now easily discovered and growing. This is certainly the case for pagan groups in the US.

But as useful as the internet has been, it cannot replace personal contact. We all see examples of Pagans who are apart from fellow practitioners and are feeling the effects. The internet also has a certain anonymity which can encourage bad behavior. This can combine into behavior like inappropriate posts on web groups, over-posting, making claims of superior knowledge, hiding emotional problems or mental illness, inappropriate behavior once we meet others in person, expecting too much of our groups once you find them, not having basic group social skills, and branching out into activities not endorsed by ones path.

Particularly disturbing to me are examples of remote Pagans making up their own practice or magic while claiming membership in a defined Pagan path. In one case I saw, a young couple was talking about sacrificing live animals as an offering to the changing seasons- but they stated they were Druids. Druids can be very accepting of diversity, but this practice would not only be highly unusual but anathema to most of us and our orders. (I suggested that this couple seek out practitioners of belief systems that use live animal sacrifice, but otherwise saw no cautionary advice from others to these misguided young people- on a Druid message board no less!) And yet, they were publicly representing themselves as Druids. If this had come up in a physical group I believe an issue like this could have been addressed in depth.

In attending Pagan gatherings unfortunately we come across some people with fairly severe and unresolved personal, emotional- or even psychological- problems. For instance- the guy who gets drunk and inappropriately ogles, gropes, or propositions women; exhibitionists of all stripes; drug addicts; people who only want to argue or disrupt the gathering; those who claim ‘power’ and expertise after reading a book; others that immediately find and latch onto another attendee as their ‘teacher’; and sadly, very ill veterans with PTSD. I don’t believe we necessarily have more of these issues than other spiritual traditions, but that in not regularly meeting face-to-face we have fewer opportunities to steer these people onto places here they can get help. (Or to immediately deal with the odd sexual predator, etc.)

Not to say that Pagan gatherings or internet interactions should be avoided; we just need to be aware that our community needs them, and needs our understanding when people come out of their sometimes lonely individual practice. In a positive sign, in recent years more of the internet interactions are leading to the formation of physical groups, and the existing internet-only groups are generally being run more constructively. (But if ‘witch’ or ‘flame’ wars keep breaking out in your groups there are more alternatives now.)

We can also take the position that we will not let mainstream culture add artificially to any sense of personal isolation we may have. As social beings we need to connect with our society in as positive as fashion as we can. Embracing tolerance and compassion, and actively engaging and sharing with others can, I believe, bring us the connections we seek.

Resources for finding other druids- revised May 24, 2014

Since it is my path, here are some resources for finding other Druids in the US. 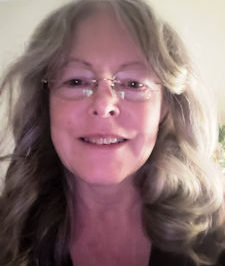