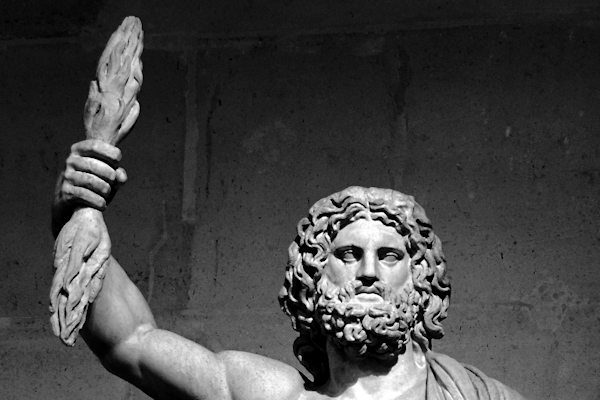 Morpheus Ravenna wrote Theurgic binding: or, “S#!t just got real” recently and it engendered interesting comments, especially in one of John Beckett’s responding blogs. Morpheus (MR) details the very real place of the goddess she is dedicated to (the Morrigan) in her life, which lately just happened to manifest in a foot injury that is speeding along a book on the Morrigan that she had promised and already started writing. MR was illustrating the reality of magical work, and the serious nature, consequence, and responsibility of inviting deities into our lives. Let’s delve into some of the issues being raised.

Myth and folklore are full of examples of the gods or spirits involving themselves in the lives of humans. Unlike here, this is a current belief in many parts of the world. One recent example: in Northern Ireland the locals warned the DeLorean car company not to remove a blackthorn (Straif) or ‘fairy’ tree when they built their factory in the late 1970s. The company quickly failed, and it is still common belief in Ireland that the Fae were angered when one of their sacred trees was cut down, and brought the company down in response.

I think MR’s main point of being trained, knowledgeable about, and being prudent before making a promise or dedicating yourself to a deity is valid. (She did say she does not regret giving the Morrigan guardianship of her destiny and of her death. She also did not say what happened to her was the norm for others or for other gods.) It’s pretty clear that the Morrigan, as a complicated goddess of war and strife, could chose to fetter you and/or sprain your ankle to re-direct or test you. (This happened during combat in armor in MR’s case- how similar to some of the old tales for this goddess!)

Many of the comments to MR’s article have revolved around how it is the old tales that make some Pagans feel uncomfortable with the idea of working with those ‘bad’ old gods. I believe this is due in part to beliefs that have developed over time in the First World, where ‘evil’ influences make undesired events happen – like when you miscarry a baby, or a loved one dies, or you become ill. Yet these are normal parts of life- the fetus could not survive, the loved one was suffering, or you got run down and sickened. It became convenient to blame the evil ‘other’, rather than understanding and dealing with difficult life issues. It’s not us versus them, men versus women, or good versus evil- life is more complicated than simple dualities. If those that have a problem with the old gods would look beyond the modern and simplified versions of the myths and tales they would find a more nuanced and useful view of them.

Unfortunately, we transfer this same distorting dualism into our view of deities and spirits, even as Pagans. When was the last time you heard a Pagan talk about a deity or spirit that is neither male nor female, or one that isn’t humanoid? And if they are mentioned, I’ve found these entities are often perceived as dark or evil (or the opposite of light and good). People have always been a key ingredient in ‘worship’; maybe if we dropped more of our baggage, got to know deities, and approached them as kindred we would find realistic relationships. (Which doesn’t mean we have to deny ourselves in the relationship- a discussion for another day. I imagine deities really have to work to have us understand them at all, given our many preconceptions.)

Beyond cultural dualism, we also have Pagans whose framing of the issue of the divine is driven by negative experiences with the predominant religions in the US, the Abrahamic religions. They may see all issues of worship or practice not only as being a fight between good and evil, but also frame divinity primarily in terms of subjugation and hierarchical systems. While vehemently saying they deny the worst of the Abrahamic paradigm, they may be unable to approach divinity at all because of their lingering pain and anger. When they do, it may be to only talk about gods as authoritarian, vengeful rulers. (Or do a complete 180, believing vows can be broken without consequence, and that there is no impact or realm beyond themselves and their actions.)

Yet as we are discovering in this conversation, it can be more difficult for Pagans coming from the faiths of Abraham to accept a goddess that has aspects other than that of being nurturing and equalitarian – such as being dark, warlike, associated with death, powerful, and worthy of real oaths. They can’t accept these as female divine virtues, as that would remove their refuge from the angry gods that remind them so much of Jehovah. Some Pagans can’t accept these ‘other’ ‘dark’ goddesses; and it doesn’t hurt to be aware this is a real issue for them.

However, Pagans who don’t look to strong, complicated goddesses, or those who aren’t working with deities were not MR’s intended audience. She was specifically addressing questions from Pagans wanting to know about the ramifications of formal dedication to a god. MR uses this real life example to good effect for Pagans on this path. Many of us have experienced events that demonstrate how deities and spirits can directly influence our lives. Even when you get to know a deity or spirit, have a relationship, and make a request it can be surprising and disconcerting to see how forcefully and tangentially they can operate on our plane (believe me, I know). If you likewise believe deities exist, then there are risks, consequences (and rewards) in our work with them.

I agree with MR- if so called, you need to take the time to put in the work to know your deity, know yourself, develop skills, and be aware of how you are dedicating yourself to them. Not every Pagan will look for, find, or choose this work, but for those that do we can be responsible and make sure our relationship is healthy. As actually told in many of the old myths, I also believe in a having a level relationship with the gods and other realms; to paraphrase Damh the Bard during one of his concerts- ‘I meet my deities on my feet, not on my knees’. Not many Pagans have done the work and expressed the challenging and difficult aspects of working with our gods. Good for MR sharing her story and highlighting the importance of our vows. I hope she heals soon, and that we consider her well-meant advice.