I remember how my grandfather kept bees, and recount some bee lore. 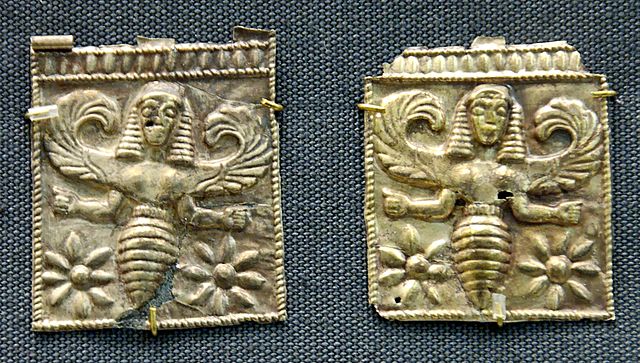 My grandfather kept bees for nearly 70 years, and I wish he was alive to ask about the current colony collapses.  He started by keeping wild bees in the Oklahoma Territory/Texas area in the early 1900’s, and said the European bees were much ‘nicer’. (To translate from frontier ‘speak’- they didn’t sting as much as the wild bees. While it’s possible, I’ve no doubt he would have recommended against keeping wild bees in hives based on his experiences!)

Grandfather Frank did say honey bee colonies collapsed sometimes for no apparent reason, and on a somewhat regular basis; he would get new queens and start over when this happened. (Or just wait for a new swarm to be removed, when people called him up for this service.) His hives usually were very remote, and still had these collapse problems. We  had a reduction in domestic bees here in my area of the northern Sierra Nevada foothills in 2006 & 2007, but the bees were back big time in 2008  (along with many varieties of wild bees). The numbers of domestic honey bees leveled off again this year.

Growing up I fondly remember my grandfather’s fresh desert sage/orange blossom honey comb, which my family chewed like candy. We don’t seem to have many commercial hives here where I live now (most of the orchards are gone since the pear blight), but I hope some beekeepers still provide fresh honey comb. (Note: never give any honey to infants younger than 12 months to protect them against infant botulism.)

I also remember my grandfather’s beeswax candles, and to this day I prefer them over other candles. I like to support beekeepers by buying their products-when I can find them. Contrary to conventional wisdom the honey bees in my garden like basil more than sunflowers;  I wonder what that honey would taste like?

Just some bee memories and observations.

May the bees buzz around and bless your neighborhoods.

[P.S. I started adding Bee Lore information below in January 2014.]

“Gather foxglove, raspberry leaves, wild marjorum, mint, camomile, and valerian; mix them with butter made on May Day, and let the herbs also be gathered on May Day. Boil them all together with honey; then rub the vessel into which the bees should gather, both inside and out, with the mixture; place it in the middle of a tree, and the bees will soon come. Foxglove or “fairy fingers” is called “the great herb” from its wondrous properties.”

News across the seas,

All your sad or merryin’,

You must tell the bees.”

From  The Bee-Boy’s Song, Rudyard Kipling

There is a custom of “telling” the bees of a death in the family. If this isn’t done it is thought that the bees would at once abandon their hives–never to return. The proper way to do this is to knock at the hive with the door key of the house. The hive is then tied round with a band of crape, whilst the captive bees are solemnly informed of the catastrophe. (Funeral Customs, by Bertram S. Puckle [1926],  from the Sacred Text Internet Archive.)

The Gardens of Trewoof, Traditions and Hearthside Stories of West Cornwall, Vol. 1, by William Bottrell, [1870], at sacred-texts.com :

“Then, as now, the bees were regarded as having some mysterious sympathy with the weal or woe of the families to whom they belonged. On this account, if any important event happened in the family of their owner, it was thought necessary “to tell the bees,” and, in the case of death, to place some mourning on the hives; otherwise it was supposed that the bees would fret themselves to death.”