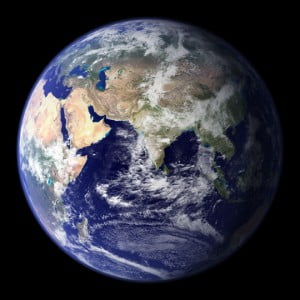 Our planet emanates a constant rumble far below the limits of human hearing. Here are some articles about the ‘hum’, earth ‘singing’, moon hums, and earth “hiss”!

Discovered in 1998 this low level “hum” was thought to perhaps be caused by disturbances in the ocean or atmosphere. Scientists now suggest that the Earth’s hum is caused not by earthquakes or atmospheric turbulence, but by ocean waves colliding with the seafloor.

It will be interesting to see if there are other factors that are also involved with the hum. (The idea of the Earth humming or singing is not so new to many spiritual traditions.)

Mark Morford’s excellent April 2008 essay in SFGate on the Earth’s hum:
How to sing like a planet, Scientists say the Earth is humming. Not just noise, but a deep, astonishing music. Can you hear it?

“This is the kind of thing we forget.

Now scientists predict that the Moon and other bodies can have a hum: