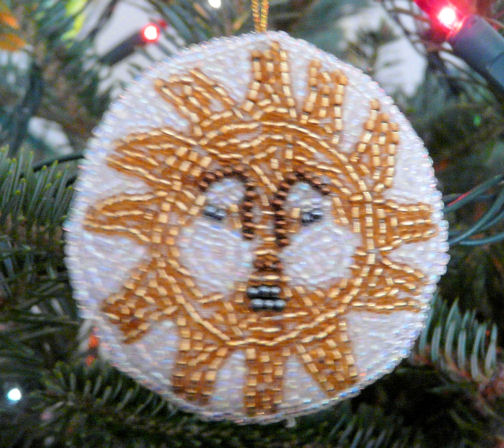 Solstice literally means the ‘sun stands still.’ It is a bi-annual astronomical event where for a few days the sun appears to stand still in the sky because in its elevation at noon, it does not seem to change.

The winter solstice marks days with the shortest daylight and longest nights, but it also marks when this starts to reverse and the daylight increases. Daylight and night will be roughly equal three months later at the spring equinox.

This year, the northern hemisphere’s winter solstice occurs around December 21, 2022. (To find when this happens in your time zone use this seasons page at TimeandDate.com.)

The festival of the Winter Solstice in Druidry is known as Alban Arthan, ‘The Light of the Bear.’ (Alternatively, this festival is known as Alban Arthuan, or ‘The Light of Arthur”). The Winter Solstice takes place every year on the 21st or 22nd of December (in the Northern Hemisphere), and marks both the longest night and subsequently the return to increasing daylight.

Arthur is equated with the Sun-God, who dies and is reborn as the Celtic ‘Son of Light’ – the Mabon – at the Winter Solstice. We acknowledge the apparent death of the Sun, and then celebrate the Sun’s rebirth (and Arthur’s symbolic return).

Yule Log — In Northern European countries a Yule Log is burned (some say a little bit each night for the 12 nights of Christmas). A special log (often of birch or oak) is burned in the central fireplace. It is traditionally ignited with the remaining piece of last year’s Yule Log, so that the light is passed on from one year to another.

Decorative Greens – Houses are decorated with evergreen branches, reminding us of the promise of spring and the rebirth to come. Traditional evergreens include mistletoe, holly, and often other evergreen plants, like spruce, fir, or pine. The modern Christmas tree is seen by many as an extension of this tradition.

Lights – The use of candles and other decorative lights pushes back the darkness and, during these long dark nights, reminds us of the longer daylight to come. (My family would let a candle burn throughout the night on the winter solstice to welcome back the sun.)

The Winter Solstice is also known as Yule in many modern pagan traditions. Selena Fox of Circle Sanctuary has a Celebrating Winter Solstice article that explains how some Pagans celebrate the holiday.

Yule,or Yuletide, was a religious festival observed around the time of Midwinter by Germanic peoples. Feasting, drinking, and sacrifice (blót) were involved. In some modern Neopagan traditions, Yuletide begins around the time of the Winter Solstice and ends about 12 days later.

In Britain, Hogmanay celebrations have always occured around the end of December and January 1st. The New Year’s gifts shared at this time were meant to symbolize good fortune and plenty in the year to come. Houses were sained, ritually purified with holy water and/or incense.

The solstices and equinoxes – being universal phenomena – have festivals across the globe. The time of the Winter Solstice is celebrated as Lá an Dreoilín or Wren Day in Ireland, the Isle of Man, and Wales; Christmas; Hanukkah (also known as the Festival of Lights); and others.

Twelve Days of Christmas– is a series of saint’s feasts that runs for 12 days from Christmas to January 5th.

Yalda Night– is a Persian winter solstice celebration. Popular since ancient times, the winter solstice with the longest night of the year was an auspicious day. Yalda Night started as part of the worship of Mithras, who according to Persian mythology, as the sun god was born at dawn on the 22nd of December to a virgin mother. He symbolizes light, truth, goodness, strength, and friendship.

Chaomos– is a celebration of at least seven days, including December 21, the winter solstice. Chaomos is the winter festival of the Kalasha (also known as Kalash Kafir) people, who live in valleys in the northwestern corner of Pakistan.

Saturnalia– was the ancient roman version of the winter solstice holiday. It is still celebrated by some Pagans today.

Besides the stories of Arthur, we know that the Winter Solstice was significant in ancient times. Newgrange (Brú na Bhoinne) is a large and impressive Neolithic passage tomb and temple complex in the valley of the Boyne River in Ireland.

It was constructed over 5,000 years ago and the main tomb is aligned so that the sun illuminates the central chamber at dawn on the days around the Winter Solstice. Other Neolithic tombs in Ireland, Scotland, and England also align with the sun at this time. This event can be witnessed in person if you win a lottery to attend (and the weather cooperates).

The lighting of the central passage by the sun does not appear to be streamed live anymore. There is an archive of past Newgrange winter solstice webcasts. (And just because it’s interesting, go here for a video about Newgrange being the center of an ancient ‘ceremonial landscape’.) Winter Solstice on the Glastonbury Tor, Somerset, Great Britain (for a video go here).

In the version of the Ogam tree alphabet calendar popularized by Liz & Colin Murray (1988), the second lunar ‘month’ of the year is in December. This period ushers in Alban Arthan, when the Sun’s light decreases and then returns to us. The Ogam tree associated with this month is the Rowan, or Luis in the Ogam.

As a ‘Tree of Life’ the Rowan provides protection, vision, and insight. The bright and bountiful berries of Rowan- being red- is an indication that this is a tree of power. At this time of year, the tree has no leaves and when covered in frost, it appears as though it is covered in stars, symbolizing light in the darkest part of the year. Sprigs or crosses made of rowan were hung above the door along with horseshoes for protection.

Immediately following is the third month of the Celtic calendar, in January. The Ogam tree for this month is the Alder, or Fearn in the Ogam. It represents guidance, rebirth, and spiritual protection. The water-loving Alder was revered as it appeared to bleed when cut, it’s sap turns red when exposed to the air. The purple buds were also considered a sign of royalty.

The winter solstice also marks when the earth itself has lost much of the heat from summer and fall- the winter season that started for the Celts at Samhuinn is now well under way. This harsh reality is balanced by the ‘return of the sun’ and the promise of warmth to come.

The new solar cycle is traditionally ushered in with a period of feasting and celebration, as seen in the Twelve Days of Christmas (from Christmas for 12 days), Yule or Yultide (12 days from the solstice), and Hogmanay in Britain (at New Years). Hogmanay is interesting; until 1751 Britain observed the new year on March 25th, but Hogmanay celebrations have always occured around the end of December and January 1st.

In Britain, New Year’s gifts were meant to symbolize good fortune and plenty in the year to come. Houses were sained, ritually purified with holy water and/or incense. In areas with apple orchards Twelfth Night (January 5th) was time to go wassailing. A bowl with spiced cider or ale is taken to the orchard, toasts sung to each of the trees, and the remainder of the drink poured over the roots of a tree in offering. This helps ensure a good crop of apples at the next harvest. (It’s a favorite ritual of mine for this time of year.) 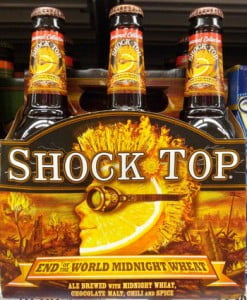 The 2012 Winter Solstice had both good and bad expectations buzzing around it. People were somewhat irrationally expecting both the worst in physical devastation, or the best in sudden species enlightenment. Here is a look back at all of this hoopla, media attention, and the dark and the light side of our our fears and hopes.

Alban Arthan, the Winter Solstice Ceremony of the Order of Bards Ovates & Druids (2001)

The Celtic Tree Oracle: A System of Divination, by Liz and Colin Murray (1988)

This Winter Solstice page was originally published on 12-18-2012, with many revisions since then.