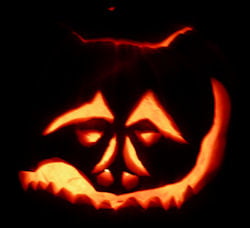 Commonly a three-day festival, Samhain is often observed on October 31 starting at sundown. (Though it can encompass the month of October into early November.) With the veil between this world and the Otherworld, including the afterlife, being at its thinnest point of the whole year, Samhain is a fine time to celebrate the lives of those who have passed on.

Samhain is seen as the Celtic new year, and a festival of the approaching dark winter season which is balanced at the opposite point of the wheel of the year by the spring festival of Beltane — a festival of light and fertility.

Ancestor Feasts– Beings and souls of the Otherworld are said to cross the veil and come into our world during Samhain. It’s still custom to set a place at the Samhain feast for the souls of dead kinfolk or loved ones and to tell tales about them. Offerings of food are also left outside or at the door for the faeries to ensure their favor in the coming year. 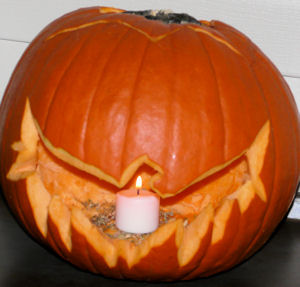 Hollowed out turnips, sometimes with faces carved into them, were common in Ireland and the Scottish Highlands. They are believed to both represent spirits and to protect against unfavorable spirits, and were set on windowsills or at doorways at Samhain. This is the origin of the carved pumpkin (jack-o’-lantern) tradition in the United States.

Needfire – Samhain is a traditional time to light a needfire, which in Celtic tradition was a fire specially created to bless and protect. In the Scottish Highlands, these fires were called Tein’-éigin; all of the hearth fires would be put out and a new communal fire was made via friction (i.e. without iron, lighters, or matches). After the fire was going, wet wood was added to create smoke that was used to bless livestock. When the fire burned down, prayers would be said, and each home’s fire re-lit from the needfire. Some report simple offerings can also be thrown into the fire.

In the version of the Ogham tree alphabet calendar popularized by Liz & Colin Murray, the 13th and final ‘month’ of the year consists of the last three days in October. This period ushers in Samhain and the thinning of the veils between the worlds.

The Ogam tree associated with this month is the Elder, or Ruis in the Ogam, and represents regeneration — the cycle of rebirth, change, and transformation. With its white flowers, the Elder is dear to the Fae; in Scotland, it was said you would see the elven host if you stood under Elder at Samhain.

Immediately following is the first month of the Celtic calendar, November. The Ogam tree for this month is the Birch, or Beith in the Ogam. It represents purification, protection, and beginnings.

The European Silver Birch is known as the “Lady of the Woods,” with bright, silvery bark that gleams both in moonlight (evoking the Fae) and sunlight. It is one of the first trees to leaf out in the spring and is known as the tree of inception. Along with Ash, Birch represents the Cosmic World Tree (the Axis Mundi), linking the Underworld with Middle Earth and Heaven Above.

The modern holiday of Halloween combines Samhain folk customs and aspects of All Saints’ Day and All Souls’ Day. The Samhain tradition of carved turnips became jack o’ lanterns, the All Saints’ Day tradition of wearing costumes or masks (guising) continued, and playing pranks and going door-to-door collecting Samhain food for feasts or for the spirits became trick-or-treating.

This holiday may have been influenced by the English All Saints/All Souls custom of collecting soul cakes. The All Saints’ and All Souls’ Day customs built upon earlier Pagan beliefs about this being a time concerning spirits of the dead, leading to the tradition of Halloween ghouls and ghosts.

All Saints’ Day is generally observed on November 1 and commemorates those Christians who have made it to heaven. (The original Catholic All Hallows Day was held on May 13, the last day of the Roman celebration of Lemuria,* and this was changed to November 1 in 835 CE.)

All Souls’ Day is observed on November 2 by some denominations to sanctify and assist souls of the faithful that have not yet made it to heaven.

The ancestor veneration aspect of both holidays is still recognizable in European folk custom: for All Saints’ Day, one brings flowers to grave sites and/or lights candles; for All Souls’ Day, one visits and tidies graves of relatives (Czech), brings flowers and lights to the graves of their dead (German, Polish, Hungarian), and anoints tombstones with holy water or with libations of milk (Brittany).

* The Roman festival of Lemuria was a three-day feast during which the souls of the restless dead were propitiated and banished. The Catholic Church originally had their All Saints’ Day on the last day of Lemuria, May 13; many have speculated that they saw the similarities to Celtic practice and changed it to November 1 instead. 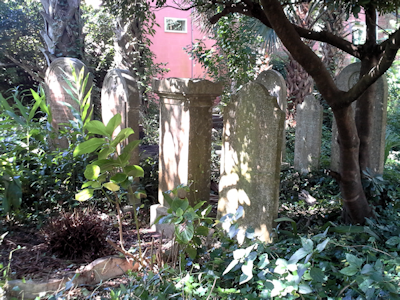 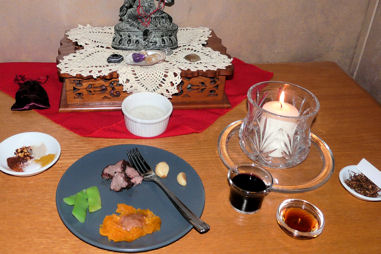 2012 was a busy year for my Samhain and ‘Celtic new year’ activities, with Samhain, house cleaning, ancestor’s feast, jack-o-lantern, and drawing wash rituals. I wrote about this busy celebration for those who enjoy learning about how others celebrate this festival. See more here.

All Soul’s Night by Loreena McKennitt.

Samhain Eve by Damh the Bard

This Samhain page was originally published on 4-7-2013, with many revisions since then.