A photo gallery of personal, group, and public Druid altars and sacred space. 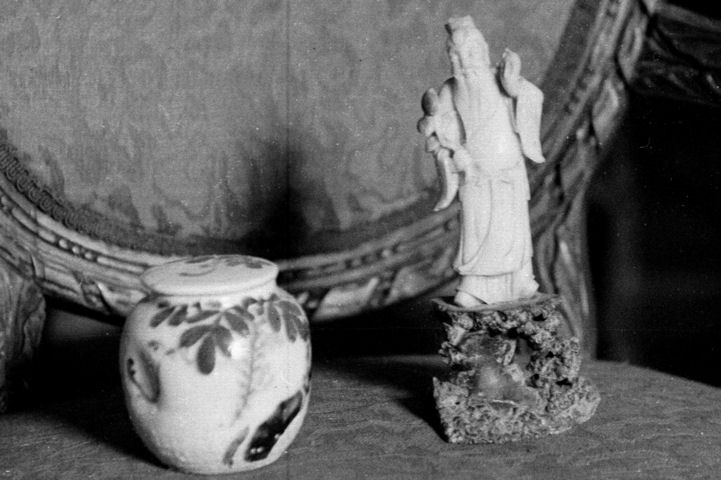 To follow in a line of other posts asking for examples of altars (from John Beckett  and others) here are my altar photo offerings. I wanted to start with pictures of the sacred spaces we had growing up with my family; but in days past, expensive and tedious film photography meant you didn’t take many photos of things around the house. I just remember having various statues and plants around the house that were described as ‘gods’  or special places. I’ve included a couple of photos from then, but most of my old photo albums are packed and – shock- all hard copy.

So after these two old photos I show some of the altars I’ve had recently. Again I don’t have albums available for pics of my various outdoors altars, but these did include water bowls, lanterns, elemental wind chimes hung from my old live oak, special plants, chimes, and the like. (When I first started my druid training I did strive to have my rituals outside- which delayed my studies somewhat- but I did end up with lots of outdoor altars!) I also had a number of outdoor spaces that I cleaned up between ritual uses or meditations.

While I show several stages of formal and informal indoor altars, there were those times when I had very simple versions of them. Like my family I tend to also have meaningful grouped items around the house that are sacred to me.  (You should have seen the creative use I put the top of my dresser when I was a child! I think most of us have a space that is special when we are young, but then we lose this connection.)

I’ve been lucky enough to participate with and see group and public altars, so I am also including photos of them. My definitions are- a group altar is for the use of a an allied group of people, and public altars- while set up by ‘believers’- are also used at events by members of the public. The photos end with a couple examples of what I perceive are casual but devotional changes to the landscape or a public area by waves of individual people. So like the special artwork or plants I personally consider my altars, I believe there are times and places where we feel the need to express reverence by changing our common spaces.

I suspect I will be doing more public devotional work in the future as we are selling our house (yet again) in preparation for full time traveling. That means really simplifying my ritual items, and this look back has helped me think ahead to this new cycle. I think it’s wonderful that there are so many ways we can each express the connections to our spiritual selves in our physical environment. Here’s to seeing what others are doing for their sacred spaces!