Christianity and Judaism share a deity, religious writings, and a long history. Nature centered currents in these religions are being renewed and re-integrated using Druid teachings. There are also those who are working to revive other Semitic spiritual traditions from the Middle East.

Orders in North America with inclusive practice or teachings on divinity- i.e. for monotheists, Christians, Jews, and others: 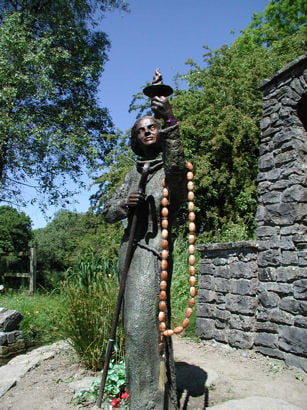 The Celtic Church is a term some use to represent the early Catholic Church in Ireland, Scotland, and England, at its most prominent from about the 5th to 7th centuries a period of time when it was most isolated from Catholic Church leadership in Rome.

“A distinctive characteristic of Celtic Christian spirituality is a keen awareness of the fact that we do not just “fit” the spiritual into our lives somewhere or sometime when it’s convenient, but instead we know that we are part of the spiritual life, immersed in it while living in the material world. Thus we see, through spiritual eyes, the holiness of all creation around us and take seriously our role as stewards. This is certainly a necessary attitude in our world today.” (The Celtic Christian Church)

The Celtic Church is a term some use to represent the early Catholic Church in Ireland, Scotland, and England, at its most prominent from about the 5th to 7th centuries a period of time when it was most isolated from Catholic Church leadership in Rome. This period includes the missions of the Briton Saint Patrick to Ireland, St. Brigit in Ireland, and later work of the Irish  Saint Columba who worked out of Iona in Scotland. (Though there is an earlier movement that claimed influence from local Druids and Essenes from the Middle East- the Culdee church.)

These early churches contributed traditions that are now standard in the Catholic Church, including private pennance and a monastic system that was spread across the continent by Irish monks. The Irish monasteries were also renown for their beautifully embellished manuscripts, and their work re-telling the Pagan stories of their lands.

There have been various literary revivals of Celtic Christianity. A full-fledged revival movement began in the early 20th century, centered on the island of Iona and influenced by general Christian revivals. Later in the 20th century another wave of interest arrived; modern concepts were incorporated, and now there are established churches and individuals that identify as Celtic Christians.

Can You Combine Druidry & Christianity?,  OBOD

In the early 1970s, the Hasidic Druids of North America was founded in St. Louis, Missouri, US by Issac Bonewits and other members of the Reformed Druids of North America.  This was in response to members who were raised Jewish, but wanted “a Druidism with Neopagan polytheology and Yiddish/Jewish cultural patterns” (Bonewit’s Essential Guide to Druidism, Pg. 90). While only active for a few years, there are HDNA writings available in the – A Reformed Druid Anthology, The Great Druish Books chapter.

The HDNA has recently been reincarnated as the Hasidic Druids of Earth, which is open to anyone of a Jewish heritage or inclination, and is interested in Reformed Druidism.

The Temple of Sumer * (Facebook) – to explore and revive the religion, culture, philosophy, and history of the Sumerian people

This Druid Groups Map page was originally published on August 15, 2016.