There are Druids that practice Buddhism as their religion, use traditional meditation techniques, or integrate some of the core Buddhist teachings such as on compassion. A strong reverence for nature is common to Buddhism and Druidry, and allows many to integrate both traditions.

“The forest is a peculiar organism of unlimited kindness and benevolence that makes no demands for its sustenance and extends generously the products of its life activity; it affords protection to all beings, offering shade even to the axe-man who destroys it.”
― Gautama Buddha

Trees in the Buddha’s life 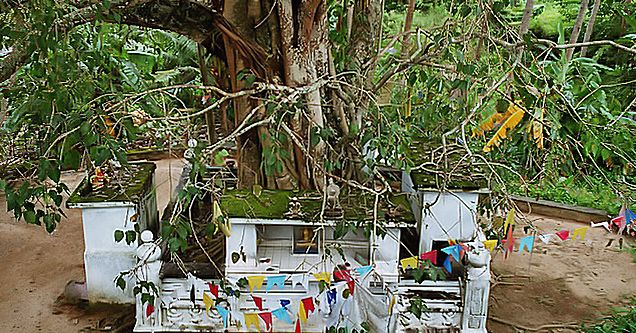 Three important times in the life of Siddharta Gautama (or Gautama Buddha) took place under trees.

Birth under an sala tree 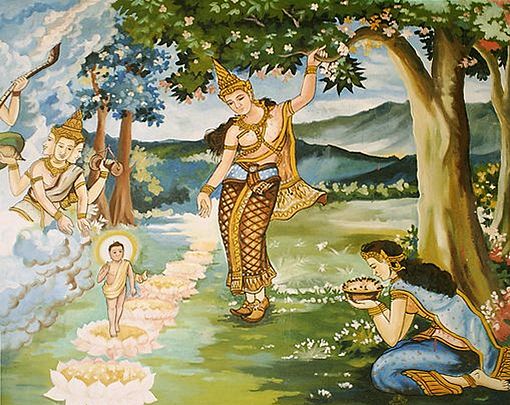 Birth of Buddha at Lumbini, Laos

When Gautama’s mother Queen Maya became pregnant, she left for her father’s kingdom to give birth. However, it is told that her son was born on the way, beneath a sala (or asoka) tree in Nepal.

Maya is often depicted holding a branch of a sala tree for support during birth. (Gautama is also believed to have been born on the day of a full moon.)

Legends say the baby began to walk seven steps forward and at each step a lotus flower appeared on the ground. Then, at the seventh step, he stopped and proclaimed himself.

Enlightenment under a pipal tree 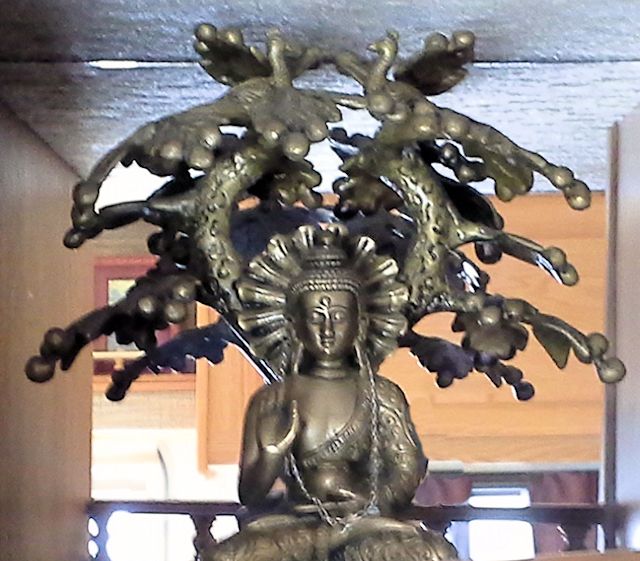 Buddha enlightened under a tree.

At the age of 35, and after becoming starved and weakened following a regimen of extreme asceticism, Gautama seated himself under a pipal tree (Bodhi tree) in Bodh Gaya, India, where he vowed to sit until he had found the truth.

After 49 days of meditation he is said to have attained Enlightenment, by realizing the cause of suffering and the steps necessary to eliminate it (the “Four Noble Truths”). Through mastery of these truths, a state of supreme liberation, or Nirvana, is believed to be possible for any being.

Death and entering Nirvana in a grove of sala trees 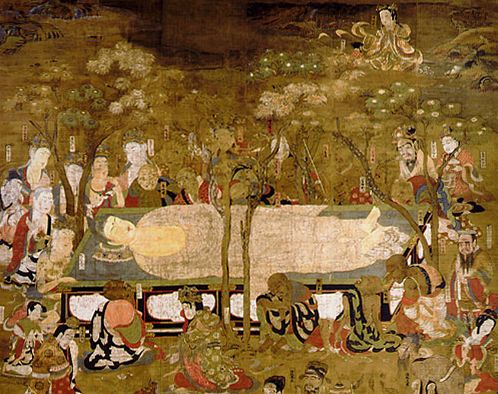 At the age of 80, the Buddha announced that he would soon reach Parinirvana, or the final deathless state, and abandon his earthly body.

He did this in a grove of trees in Kuśināra (present-day Kushinagar, India), lying on a couch made up between 2 sala trees. It is said these trees were in bloom though it was not the flowering season, and they shed their blossoms on him as he obtained nirvana.

Zen Druidry: Living a Natural Life, With Full Awareness, paperback, April 16, 2013, by Joanna van der Hoeven. (Joanna is a former Trustee of The Druid Network, and has studied with Emma Restall Orr and OBOD.)

Druidism and the Ancient Religions of India, OBOD

Buddha in the Land of the Pagans. Daniel Scharpenburg, Jun 6, 2014. Daniel’s experience at the Heartland Pagan Festival in Kansas, including synopses of his meditation workshops there.

Meditation Instruction for the Serene Reflection (Soto Zen) tradition, from the good folks at the Shasta Abbey Buddhist Monastery in Mt. Shasta, CA. (They instructed me. Link also includes videos and pod casts on meditation and more.)

A Brahman saw the Buddha resting under a tree in meditation. The Brahman was impressed with the Buddha’s disposition and demeanor.

“No”, replied the Buddha.

“You must be a spirit then?”

“Then what are you?”

x
This Buddhism page was originally published on April 14, 2015.